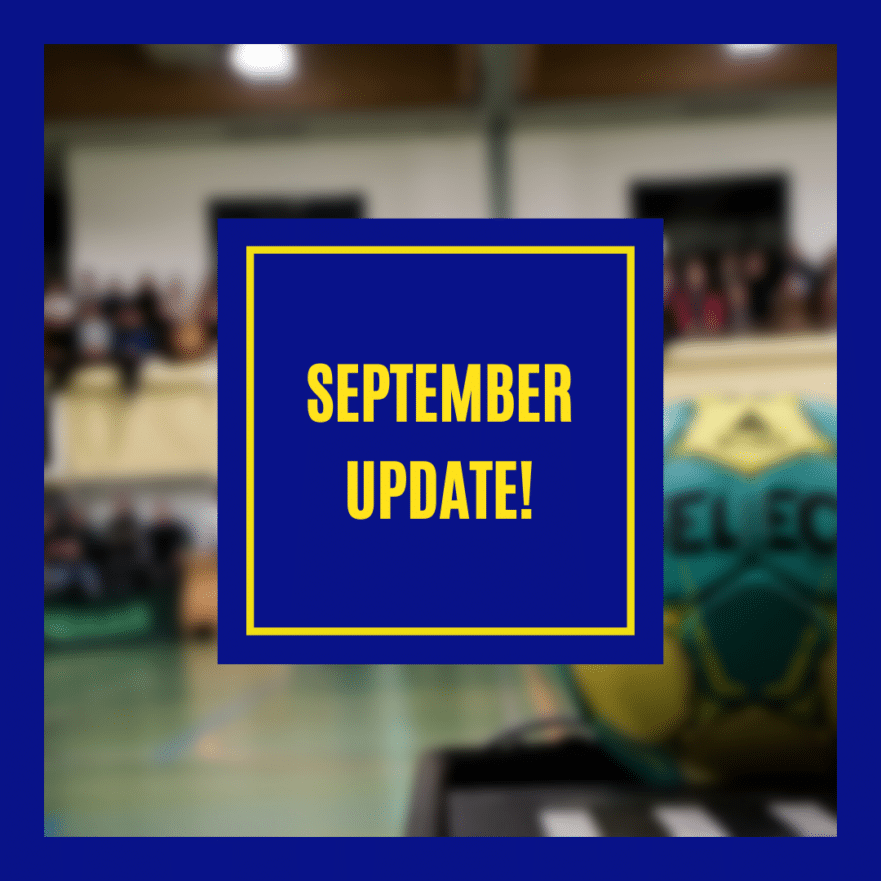 September, the month of new faces, the business and especially the month of handball. The LeCo did its best to recruit as many new members as possible during the intro! The training sessions are well attended and Welptember is in full motion. A fantastic pub quiz has already taken place in which the cubs have gathered knowledge about handball, Nijmegen and the members of Ha-Stu. Corona hardly plays a role anymore and everything goes back to the 'new' normal.

The members weekend, which we have been waiting for about 2 years, has finally taken place. It was legendary! The committee has done its utmost to make it a great weekend and it certainly succeeded. The thrilling murder story, the Gotcha game and the teams have battled for the win by completing different challenges. Berry and Evelit gave a fantastic game show, where the teams were challenged again. In the end, this resulted in 4 team winners. Of course the new members were challenged to sing the Ha-Stu song and the new (and old) board got a custard shower. New friendships have been formed, the beers have flowed freely and the new rap of the rap duo cannot be forgotten.

Finally, we can play handball again as well. September is all about the selections for the different teams, fanatical trainings and various practice matches.
The teams have been created and everyone has found their place. The competition of our gentlemen 1 has already started. There is hardly a better start to the season in the first division than this one; 2 times win, a newspaper article and spectators who were allowed to attend. This was accompanied by much shouting, drumming and singing: The ultimate Ha-Stu feeling. Fortunately, the other teams can also start quickly and will be competing for the win.

The end of the former board is in sight. The new lustrum board has been formed and the committees are coming to an end. The committees and volunteers were thanked von the committee thanks day, which was a day full of fun, games and beer. We started the day with Beach volleyball and it ended at ‘de Kluizenaar’. Thank you board! The formation of the new committees is in full swing but several committees are still looking for people, so sign up! Who wouldn't want to organize such a fantastic weekend or write articles for the ‘Hastueel’?

Perhaps the best news of the month is that the one and only Ha-Stu Cantus is coming up. Even more fraternization, singing and a lot of beer. Of course, respect must be shown for the Praesidium, otherwise it will be punished appropriately. Our ‘Welps’ are already busy learning the Ha-Stu songs. These can be practiced during the drinks in the Fuik! Every first Friday of the month, these drinks take place with various exciting promotions. A fantastic prospect with fun activities and especially a lot of handball!